Home » News » Reasons to get into mobile

Reasons to get into mobile 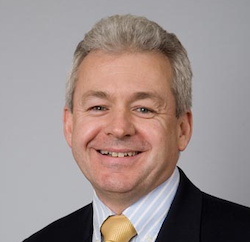 For DWS Sales Director Garry Growns it’s hard to believe that many of the channel’s comms resellers do not sell mobile. It is a scenario he is seeking to reverse urgently.

And during his Margin in Mobile interview he put forward irrefutable arguments to advance his cause.

Why aren’t all comms resellers selling mobile? It’s a question that perplexes Growns every day, and one he hopes to resolve with sound arguments. “Don’t be reticent,” he stated. “Mobile will gain in dominance and this market will continue to grow. There is growth across all businesses from small firms to call centres and home workers. Everyone’s going to be wanting mobile, and I passionately believe that mobile comms is going to play an even more important role in the channel.”

Mindset is the ultimate barrier to many resellers adopting a mobile strategy, noted Growns. The main reasons preventing some resellers from adopting a mobile strategy, he said, range from a belief that they have missed the market and that there are already too many connections, to a lack of knowledge about mobile, the idea that the market is too risky with long-term contracts, complicated billing and ‘we’re doing OK as we are’.

But customer calls for channel partners to deliver transformative change will achieve nothing unless a mobile proposition is able to be deployed. “How can you operate in the comms marketplace and not sell mobile?,” stated Growns. “You don’t need to be a mobile specialist, but as you move forward you have got to be in the mobile arena. The era of being tied into long contracts is over. We offer 30 day contracts to partners.”
Look at mobile and you can see all the elements that align with the needs of today’s businesses, especially since Covid-19 trigged a new way of working. “The remote working trend began two years ago with early adopters, but Covid-19 has accelerated that to the nth degree,” noted Growns. “It’s now BAU and we are seeing home broadband hammered by work and domestic demands with kids downloading and streaming videos. This has created a massive opportunity for mobile as a solution to the bandwidth challenges of working from home.”

The impact of Covid-19 on DWS has been, as with most if not all organisations, stark. The company swiftly executed its DR plan and its 350-plus people are working from home, and won’t begin a return to office life before April next year. “It’s working brilliantly for us,” stated Growns. “When we do go back the offices won’t be the same. How we want to operate is under review.”

How can you operate in the comms marketplace and not sell mobile? As you move forward you have got to be in the mobile arena

It’s not just about home working, he pointed out, it’s also about working from anywhere. “The reality is that remote working is here in a big way and will only go from strength to strength,” he added. “The biggest mobile revenue driver now is data. It wasn’t long ago that the average usage was three to five gigs, now it’s over four times that. Our partners are usually selling 20 gig SIMs or unlimited. They are flexing and taking advantage of data pools and bundles. The days of giving users a discreet amount of data to use are long gone.”

Another key driver is UC. There has been much talk about UCaaS, the move from capex to opex, and from on-premise to the cloud. Now, noted Growns, it’s about bringing that traditional telephone line, traditional calls and the mobile piece together, enabling people to operate from anywhere at any time. Thus, the default setting of many customer conversations may soon be mobile.

“The smart thing to do now is think strategically, plan ahead and look at the users you have across the entire customer base,” explained Growns. “Resellers can sell an individual user bundle, and partners are buying data pools to make more effective use of that data by averaging it out across their customer base. This drives up margins significantly. The old adage – it’s not what or how you sell, it’s what you buy – applies very much now in the mobile data world. Through buying smart you can deliver a better service to customers and make more money.”

Growns pointed out that not long ago DWS partners were selling 5,000 connections a month. “When we reached 10,000 we thought that was brilliant,” he added. “Now, if we do less than 15,000 we’re disappointed – and over the past two months we’ve done more than 20,000 connections per month.”

One thing should be clear. Arguments in favour of selling mobile have as much to do with revenue protection as they do revenue generation. And it would be folly for resellers to change direction only when their economic interests are directly threatened. “Mobile is not only a new revenue stream, it’s also defending existing revenues,” said Growns. “If you’re not selling it to your customers someone else will. Then they’ll be after what you’re providing. So maximise your relationship with customers and promote your mobile capabilities.

Strategic approach
“A key point is that many people think mobile is simple. That’s true – but to get the most out of mobile you have to work in a certain way, so we’ve wrapped up our mobile specialist teams – in provisioning, support and sales. That resource is available to help guide and coach partners, and help them maximise the mobile opportunity by, for example, utilising data pools. This approach is progressing really well.”

Everyone’s going to be wanting mobile, and I passionately believe that mobile comms is going to play an even more important role in the channel

We can all clearly see that the mobile market presents an extraordinary opportunity for the channel, and DWS’s strategy is to bring best of breed products to the channel, which often means making the complex simple, which it does via its portal. “Partners can provide, support and make SIM changes on the portal in real-time, for example, and the portal can be configured in different ways,” noted Growns. “Everything bar ceasing a line can be done via the portal.”

In a quest to make the process even slicker, Growns observed that some partners are using APIs between end user deployed systems such as CRM straight through to the networks. “That makes the process more streamlined,” he added. “If a larger organisation wants control of their asset base the user can have that control with certain constraints.

“The big vision? Why would the end user want a portal? Businesses have CRM and accountancy systems etc, so why not go into a CRM system with a support ticket that goes straight to the relevant suppliers? That way there’s less systems, less scope for error and it’s more efficient. That’s our vision... to make the platform side of things for our partners and their end users seamless and easy.”

Not surprisingly, Growns noted a strong correlation between the company’s NPS scores and its advances into the mobile marketplace. Its score now sits at 50, significantly up, and the most positively market area is mobile. “Partners are now seeing mobile as a key asset to their business,” he stated. “Guidance and coaching from suppliers is important, and how you buy is key.”