Cook opens up on sale 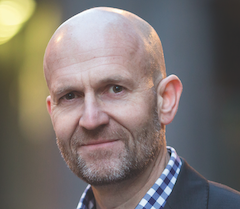 From the moment former Union Street Technologies Chief Executive Tony Cook decided on the timing of his exit strategy he was wholly committed to delivering on the plan for himself and for staff.

Serial tech entrepreneur Matthew Riley recently struck a stand out deal to acquire Union Street Technologies from Cook and his wife Sara and merge it with his Aurora business. The enlarged group was officially launched on September 7th and soon after it bagged Shaftesbury Systems. As we shall see, the process from Cook’s stand point was far from being a hasty one, and it demanded strong leadership and to some extent powers of persuasion.

“On reflection we started the process in 2016,” he explained. “I had turned 50 and was thinking about what to do with the business – it had been full-on for 20 years. Union Street was set up in 1999, we had won some great customers, now totalling over 500. We knew we had a good business and that the market has been kind to us. I also knew I didn’t want to hang around forever.

“I thought that, if I want at some point to extract myself I need to find a way of making myself redundant. We have a great team of senior managers so I hatched a plan and it was key to be transparent and explain what I had in mind. I presented a powerpoint on where we could go and tied that into a share option scheme for the senior team. That brought them into the idea of getting us to a position where at some point we could sell.”

Having locked minds together behind his strategy Cook set about getting his ducks in a row. “We had grown over a period of time and bolted all sorts of things on, accumulating some ‘technical debt’ along the way,” he explained. “This all had to be fixed to get things working really well. We also transitioned from a desktop environment to the cloud. I then decided to be less hands on and encouraged the team to prove to me that they can take the business forward. Our Managing Director Vincent Disneur is well known and front of house, so I decided to step away from trade shows and the front line. The more I stepped away the better we seemed to do.”

In early May I got a call out of the blue. I was surprised, it was Matthew Riley and he expressed an interest

Union Street’s EBITDA in 2016 was circa £1.3 million but Cook wanted to get the figure nearer the £2 million level. “We set about that plan and started fixing things and that process brought us through to 2019 when I saw we were getting there,” he commented. “The product was in good shape, most customers were moving to the cloud platform, EBITDA was where we needed it to be – and I decided that I needed to do something to make it all a reality for these guys. If I set a new goal at this point I would effectively have been placing them in golden handcuffs. I was keen to exercise the plan.”

To be responsible for making decisions on the future of your business does not imply the capacity to succeed single handedly during the process and the ‘grand inquisition’, also known as due diligence. “Early in 2019 we got in touch with Knight Corporate Finance,” noted Cook. “We had shopped around for advisors but in June signed up to work with Knight which conducted a trial due diligence test that turned up all sorts of issues. This helped us to understand the information we would need to get together.

“Knight helped us put together a comprehensive document containing lots of facts and figures. We talked about potential buyers and thought PE was a good option. We had an ambitious team, and Vince was chomping at the bit to take the business forward. We did the rounds with approximately 10 PE houses and received some good offers. We chose one we liked and were moving through that process – then Covid-19 hit. Everything ground to a halt and I assumed nothing would happen for a year, so parked the plan ready to try again.

“In early May I got a call out of the blue. I was surprised, it was Matthew Riley and he expressed an interest. Matthew had a vision and he tracked us, noting our good technology, our IP, strong customer base and good people. He had complementary skills in Aurora and thought that the combination of Aurora and Union Street would make an interesting proposition.

“This was different for our management team as we had set our sights on PE. I had to consider Vince and how this would look for him. After negotiations we received an interesting proposition.”

As Riley had operated in the sector for many years Cook assumed that the due diligence would be less intense. “I was wrong,” he said. “The amount of data required was incredible. They had a whole team of people quizzing us. You have your day job to do, and suddenly you are in an overwhelming world with vast amounts of data to get together. But with Knight it was like having two or three employees working with us. We shared data in a data room, Knight helped to slice and dice the numbers and supported us through the process every step of the way.”

Acquirers perhaps lead the field in enforcing stringent transaction processes, so ferocious is their attention to detail. “In hindsight there are a few things we could have done before we even went into the process,” commented Cook. “This would have prevented any last minute scrabbles to iron out issues. So make sure your books are up to date and all filed perfectly. This can all be done upfront.

“Once in the process, keep some gas in the tank. Don’t overstate everything. You will probably be chipped along the way with a potential cost unearthed, for example. But if you have something up your sleeve that contras that, like some extra profit tucked away, you can fend off those issues.”

To say that vendors are hugely challenged by due diligence inquisitors would be to greatly understate the nature of the process, which is also likely to put pressure on expectations around value. “When you get an indicative offer at the start, remember it is just indicative because the buyer makes many assumptions, and due diligence is about testing those assumptions all the way through,” advised Cook.

“It becomes a series of mini negotiations. You concede on some things, win on others and find common ground. As the deal progressed it became even more intense and during the last week we worked virtually through the night. When we finally completed the deal at 4am Knight provided champagne, but we were exhausted and went to bed.

“The whole process was done remotely over Zoom. I had always expected to have a party for staff to say thank you, but in lockdown conditions we couldn’t do anything. That is still to come, we’ll celebrate it one day, but at the time it was something of a damp squib.”

As part of the deal Cook is helping with the transition, working three days a week. “They are flying now so the amount of time I am required will probably diminish over time,” he stated. “I have a few irons in the fire, different software projects, but I’m just seeing what happens at the moment. Once this year blows over I’ll take stock and enjoy what we have achieved with my wife Sara.”