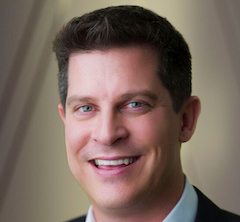 North was formed from five technology, IoT, networking and safety and security providers brought together via a series of mergers.

Williams, who is credited with leading the sale of Damovo in 2018, brings broad experience in global IT and strategic partnerships having held a number of senior management roles at Dell, Computacenter and Lenovo.

He said: “North is at a pivotal time in its evolution. The bringing together of five companies with a strategy to build the UK’s leading IoT, networking and connectivity and safety and security provider is an exciting challenge.

“North is already an established player in the provision of smart technology solutions and is positioned to take advantage of the opportunities that exist today and in the future in areas such as 5G and IoT.”

Aliter Founding Partner and North Non-Executive Chairman, Greig Brown, added: “With the launch of the North brand building on the successful integration of the acquired businesses and with a strong order book, we are targeting significant organic and inorganic growth across several established and emerging markets.

"With Glen’s track record in the industry the business is well placed to achieve its strategic goals.”